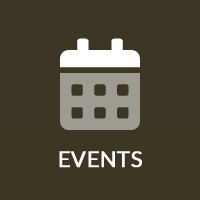 Thank you to everyone who attended this year's ODOT/ACEC Ohio Partnering Conference on Tuesday, May 12. We had over 300 ACEC Ohio members and representatives of the Ohio Department of Transportation attend the virtual conference, which is designed to improve the partnership between our organizations.

Congratulations to the winners of the ODOT/ACEC Partnering Awards. Four ACEC Ohio member companies received project partnering awards with the ODOT District offices at the conference.

·S&ME and ODOT District 4 shared the Category 1 Award for the POR-303-0.70/1.21 project which raised the roadway profile to correct drainage and flooding issues along a section of State Route 303 in Streetsboro, Ohio.

·Mead & Hunt and ODOT District 6 won the Category 2 award for the MAR-309-RR Grade Separation project. This project was needed to resolve the growing conflict of the at-grade crossing of the railroad spur.

·IBI Group and ODOT District 4 were awarded the Category 4 award for the STA-Hoover Trail West project. This project constructed the fourth phase of the Hoover Trail as part of the Stark County Park District's long-term plan to build an interconnecting trail system throughout Stark County.

The panelists had a discussion about what consultants think ODOT wants versus what ODOT wants to see. The major topics of discussion included LOIs, meet and greets, and effective ways to promote new project managers. The goal was to better understand each other, as well as their roles and challenges in the selection process.

Thank you to our moderator and panelists:

If you were unable to attend the virtual Partnering Conference click here to view the recording.

We look forward to seeing you in person next year!