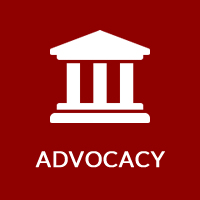 The split ruling reversed lower court findings in favor of the city and upheld the 2016 law (HB180, 131st General Assembly) that detractors had argued ran afoul of home rule protections in the Ohio Constitution.

Cleveland maintained the law could not prevent the city from mandating that public construction contracts over $100,000 include a provision requiring city residents to perform 20% of the work, the court reported.

In her lead opinion, Justice Sharon Kennedy wrote that Article II, Section 34 of the Ohio Constitution is "a broad grant of authority to the General Assembly to legislate for the welfare of the working people in Ohio."

"The legislature exercised that authority in enacting R.C. 9.75, which protects all employees engaged in the construction trades from public-improvement contracts that impose conditions on employment favoring a public authority's own residents to the detriment of other construction workers in the state," she wrote.

The majority erred in its application of the law to the case at hand, the chief justice wrote, saying the cited code section is "not about wages, hours, or workplace conditions and hazards."

"These were the issues in the minds of members of the constitutional convention during which Article II, Section 34 was proposed," she wrote.

Chief Justice O'Connor also disputed the contention that the bill enacted a "general law" that could supersede home rule.

"If not authorized under Article II, Section 34 of the Ohio Constitution, R.C. 9.75 cannot stand if it violates a municipality's home-rule authority," she wrote.