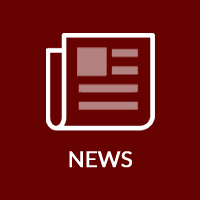 What's next for the FOR Ohio Coalition

ACEC Ohio is a member of the FOR Ohio’s 7-member steering committee, guiding the coalition strategy, financial obligations and overall direction.  In a recent meeting, the group decided that the value of continuing to stay together as a broad-based coalition is important especially with the need to show successes from the recent motor user fee increase and the need for indexing the user fee in the future.  In addition, the Governor has announced his goal of increasing safety on Ohio’s roadways. The coalition feels that promoting safe roads and bridges in Ohio is important and will join the Governor’s push as well as continue to add members to the coalition such as the insurance institute, auto manufacturers and AAA.  In that light, I was recently asked by the Governor’s office to serve on the Governor’s Highway Safety Advisory Council and attended my first meeting last week.  The Advisory Council has been asked to participate and advise on changing the culture around safety issues in Ohio.  There are four (4) pillars to enhancing safety for Ohioans:

Engineers are a part of this discussion and I am happy to be at the table participating in the advisory council.  I will be reaching out to our membership for information to help educate this group from the consulting engineer’s viewpoint.

Below are a few facts from the Ohio Distracted Driving Task Force report released in April, click here for full report:

Feel free to contact me with questions or comments.